With more than 800 million users globally, is the time ripe for your business to be TikTok? What’s TikTok and are there any other TikTok alternatives your business can use?

TikTok is a popular social media platform for short videos. However, other great TikTok alternatives are now springing up and attracting users.

Since it was launched, TikTok has been having issues with the government in the West, especially the United State government.

There have been all kinds of allegations against the ownership and management of the social media company. Also, Western governments are concerned about alleged privacy issues.

Get More Leads With Less Effort!

AUTOMATE your social media posting NOW so that you can FOCUS on what truly MATTERS.
14-day FREE trial, no credit card required

However, even in the face of huge criticisms and constant threats of being banned in some countries in the West, TikTok is still investing in its influencer creators. The social media short-video company recently launched £54m fund for European creators to make videos for the platform.

TikTok alternatives to use right now

As the platform continues to attract new users, it’s also attracting the attention of top brands. No doubt about it, Tiktok is a powerful social marketing platform and businesses are already promoting their brands with TikTok.

However, what happens if Donald Trump successfully bans TikTok in the U.S.? For brands, there are always alternative platforms to advertise and grow their business. But where will the users go if TikTok ceases to exist tomorrow? 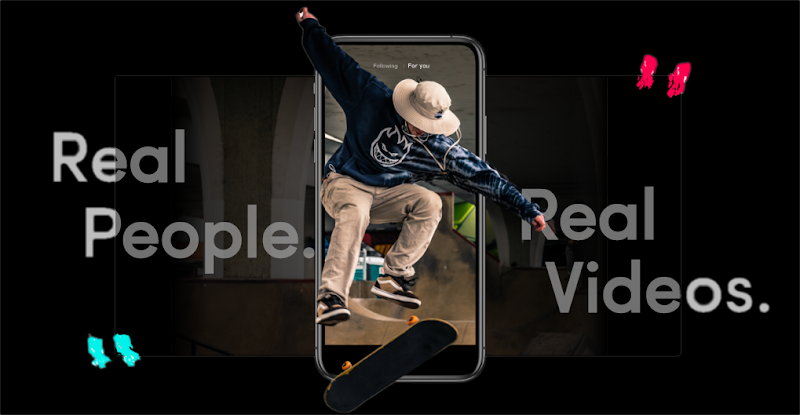 Luckily, other copycat video-sharing social media apps are now springing up to replace TikTok in case it gets banned. But the question is can these new short-video sharing platforms actually usurp TikTok’s throne?

So, as the U.S. government is looking to ban this popular app in the United States, below are some of the best alternative apps like TikTok that you can use right now.

Launched in 2020, Byte is arguably the leading candidate to replace TikTok if it gets banned. It is a video app for communities and it lets you find your thing, connect with new people, and share your world. It is a platform for sharing short-form looping videos just like TikTok.

However, it lacks most of the awesome features of its competitor. The recent widespread rumours of the TikTok ban have already prompted users to move to this platform.

Zynn is basically a TikTok clone. The app was previously banned from both the iOS App Store and Google’s Play Store for stolen content. However, restored and comes with identical buttons and swiping functionality.

Zynn is a video-sharing platform that allows users to share creative short videos with friends, family, and the world. The app claims to be a video-sharing community striving to promote inclusiveness and inspire creativity.

Zynn app is available for Google’s Android smartphone users. Below are the stuff Zynn lets you do:

Launched by Facebook, Reels was designed to directly challenge TikTok’s growing dominance. It would be recalled that Facebook failed to acquire Musical.ly which was later bought by a Chinese company and repackaged as TikTok.

Reels is a new addition to the Instagram app, which is currently already on the phones of millions of Americans. It offers a set of editing tools like a countdown timer and tools to adjust the video’s speed.

Reels is currently not available as a stand alone app. You will have to download Instagram for Google’s Android smartphone and Apple’s iOS smartphone. Below are the stuff Reels lets you do:

#4]. Show off your unique talents @ Triller

Triller is another TikTok alternative platform for creators to post entertaining content. It’s a social video community that lets you capture flawless videos and share them in seconds.

Triller is probably a simpler version of TikTok. It lets you do a lot like expressing yourself and connecting with the content you love. Also, you can create amazing music videos for trending challenges.

Easy Ways To Make More Sales With Your Local Business