Prynt Case Turns Your Smartphone Into An Instant Camera

Now you can turn your smartphone into an instant camera thanks to Prynt Case. Prynt Case is no ordinary phone case, it can print too – it is the world’s first smartphone case that prints!

Gone were the good old days of the Polaroid camera, we are not in the digital camera age and the smartphone camera is leading the show.

This smartphone generation has witnessed lots of innovations such as the ways we communicate, watch movies, listen to our favourite songs as well as the ways we take photos.

French entrepreneurs Clément Perrot, David Zhang, and their team are resurrecting the concept of the Polaroid camera with the launch of Prynt Case – an instant camera phone case.

The enviable journey of Prynt Case

Co-founders Clément Perrot and David Zhang were inspired to build Prynt Case after spending time with a friend’s original Polaroid one afternoon.

They wanted to recreate the magical experience of sharing physical photos with friends, and also knew they could enhance it by incorporating smartphones, which are always with us and help us stay connected.

In one year, the company has grown to a team of photography enthusiasts with engineering, design, and marketing backgrounds based in San Francisco and Paris.

The Paris-based team decided that the best way to raise funds for the project is through the crowdfunding. They launched a campaign on Kickstarter hoping to get $50,000 to start production. The Kickstarter campaign was a massive success – it reached the $50,000 funding goal in under an hour!

The success was so overwhelming that Prynt kept on gaining popularity the following days and by the end of the campaign, 9,023 backers bought into the project allowing the young entrepreneurs to secure $1,576,011 in funding.

The project’s popularity just goes to show that people still want something to hold, even in our Digital Age.

How does Prynt Case turn smartphone into an instant camera?

What Prynt Case does is that it lets you go retro without giving up modern technology. It’s a Polaroid for digital times!

Prynt is the next generation of an instant camera for iPhone and Android. It’s easy to use just like ready ABC – plug in your phone, take a picture, and get a printed photo in about 30 seconds.

Prynt essentially turns your smartphone into a Polaroid-style instant camera so you can print out pictures and hold them in your hand, rather than show them off on the screen.

Put the case on your phone, take a photo using the Prynt app and then collect the photograph from the top. You can also print out your social media selfies, Instagram images, and photos from other sources.

Not only that, it will also record a video clip of the 5 seconds leading up to the picture. Then, through Augmented Reality technology, you can scan the printed photo, watch the clip back on your phone and see it coming to life. 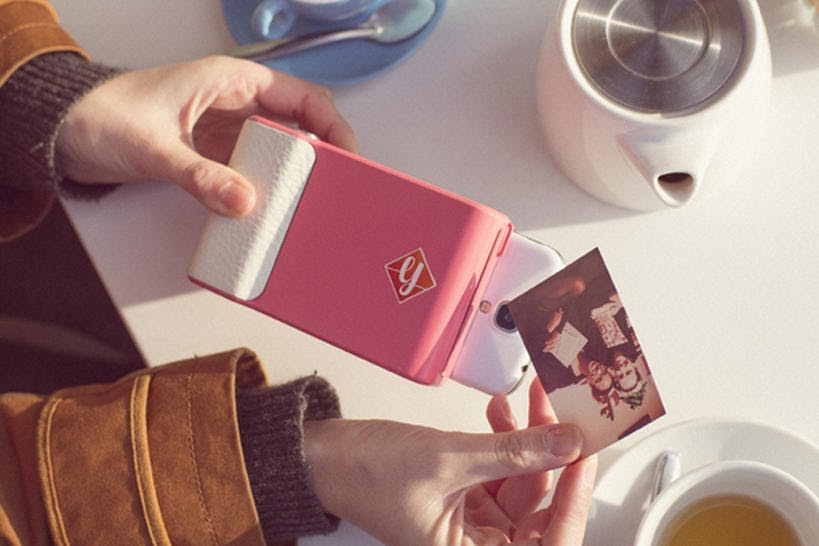 What is in Prynt Case?

The Prynt Case itself is pretty chunky, so it’s probably something you will whip out for special occasions rather than keep on your phone all the time. It’s compatible with the iPhone 5, iPhone 6, Galaxy S4, and Galaxy S5.

One of the knocks against instant cameras of the past is the cost of consumables. The case can hold 10 sheets of paper at a time. The Kickstarter price for more paper is $25 for 50 sheets.

The case is only available for pre-order now but the French entrepreneurs said it will be released over the course of the Summer.

When launched, the Prynt case will support the iPhone 5/s/c/6 and the Samsung Galaxy S4/S5. Please check on their Kickstarter page for updates on the project.

Work Faster and Improve Your Productivity With Hive

PixelMe Helps You Grow Your Brand With Every Click