5 Great Internet Entrepreneurs That Changed The Way We Interact

The world shall not forget young and brilliant internet entrepreneurs that have totally changed the ways people interact through social media.

Not only that but, they have made communication with each other much easier. Also, they’ve been made millionaires and billionaires through their innovative ideas.

These young internet entrepreneurs are innovative and creative thinkers.

Internet entrepreneurs that changed the way we interact

Normally, we all used to communicate either through face-to-face interactions or mobile phone calls as well as text messages.

After the introduction of the Internet, then came the birth of Emails (electronic mails) with the likes of AOL, Yahoo!, Hotmail pioneering the ways we communicate.

But nowadays, our communication, as well as interaction patterns, have been improved and made better. All thanks to modern technology and some great internet entrepreneurs with innovative and creative ideas that have helped in revolutionizing the ways we communicate.

Jack Dorsey created Twitter to allow friends and family to know what he was doing. The world’s fastest-growing communications medium lets users broadcast their thoughts in 140 characters or less and repost someone else’s amusing message to their own Twitter followers by Retweeting.

Mark Zuckerberg founded Facebook to help students in universities keep in touch with friends. The site, which is believed to have over 500 million registered users worldwide, has only four remaining countries left to conquer: Russia, Japan, China, and Korea, according to Zuckerberg.

The “status update” started its rebirth in Facebook, where users tell their extended network of trusted friends what they’re doing. They also show off photos, upload videos, chat, make friends, meet old ones, join causes, groups, have fun and throw virtual sheep at one another. Facebook is now twice as huge as Rupert Murdoch’s MySpace. SEE ALSO: “Extinguished” By Facebook: Top 6 Social Networking Websites We Used To Know Before Facebook

Larry Page and Sergey Brin didn’t only change the way we search and use the Internet but also the way we communicate and interact through social media. These guys worked as a seamless team at Google to make the company the world’s number one search engine.

Their company grew rapidly every year since it began and today, it does more than search as it now offers such services as Gmail, Gtalk, Google+, etc. Page and Brin started with their own funds, but the site quickly outgrew its own existing resources.

Founded by Ben Silbermann, Evan Sharp, and Paul Sciarra (who recently left the company), Pinterest is a social image bookmarking systems that allows users to save images and categorise them on different boards.

In less than two years, Pinterest has become the third-largest social networking site behind Facebook and Twitter, allowing users to “pin” and share images and already has an estimated valuation of more than $1 billion. Being the 3rd most popular social network site in the world, businesses like online e-commerce stores are now using Pinterest to leverage their popularity to significantly increase traffic and sales. 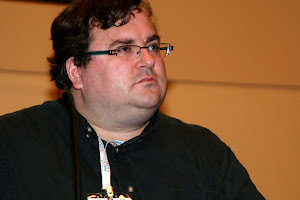 Reid Hoffman, a former executive vice president at PayPal, created LinkedIn as a professional social network allowing registered users to maintain a list of contact details of people they know and trust in business. Members or users of the website can search for jobs, trade resumes, find new hires and keep up with the competition. SEE ALSO: 5 LinkedIn Advertising Strategies That Work Like Magic

Guestpost on our blog and get linkbacks and more traffic to your blog. We only accept guest articles that meet our guidelines. You can also send your article to us at onaplatter[email protected]. Don’t forget to like us on Facebook and follow us on Twitter.

How Entrepreneurs Can Make The Italian Investor Visa Process A Breeze