Financial Action Plans You Should Consider When Moving Abroad

A financial plan is highly essential when it comes to going abroad. But what are the financial action plans you should consider when moving abroad?

Why do you need to have financial plans? Because big changes in your personal circumstances generally have financial implications, and moving abroad is no different.

We all know that people emigrate from one country to another country for various reasons. It could be for economic prosperity, security of life, and many other reasons.

Whatever your reasons to move abroad could be, there is a need to ensure that you have a solid financial plan before you make the move.

Some people moved abroad and get more property for much less money than they could in the UK, with wide-open spaces and mountains, or a sandy beach virtually in their backyard.

Two million people of working age have left Britain over the last decade in a “drain of talent” that is damaging the economy and forcing employers to rely on immigrant workers, a senior Conservative has warned.

So, if you are joining this group, there are a number of financial issues to deal with and opportunities to take.

#1]. Give Yourself Time To Prepare 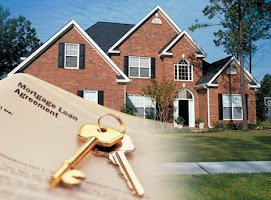 First of all, having made up your mind to move abroad, you should ideally give yourself a good deal of time say 6 months if possible, to plan and prepare yourself for the journey. This is particularly very important because you will have to make sure that have enough time to organize carefully.

You should try to pay off whatever debts you owed (or at least make a provision for how you are going to be servicing your debts) before you move. This is imperatively a good idea as it makes managing your finances less complicated and reduces the risk that currency fluctuations will increase the cost of these debts.

You may decide to pay off debts such as credit card debts and personal loans. You could make a provision for the mortgage repayment or just sell off your property to prevent it from being repossessed by your mortgage lender.

But if you don’t want to sell your property, you could rent the property out in order to ensure that your mortgage is properly taken care of while you are away. Just make sure that the rent is enough to service your mortgage repayment.

Also, it is generally worth keeping your UK current account, but let your bank know you will be emigrating and ask for a letter of reference, which will often help you rent a property in your new country of residence. 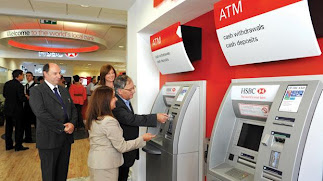 Remember you are moving to an entirely different environment where nearly everything will be new to you. Therefore, before you go, spend a little time researching international bank accounts as these generally let you bank in different currencies.

The international bank account is can be particularly useful if you have ongoing financial commitments in the UK such as a mortgage, bills to pay, or a child at university.

International current accounts also help if you continue to have an income in Britain, such as a pension. They mean you can run two current accounts side by side, one in euros for example and one in pounds sterling, transferring money between the two for no fee.

Setting up an international account before departure means that you will be able to access your money as soon as you land at your destination.

It also means that should you choose to move on again, you will not need to spend time closing one account and re-opening in your new country – your money is easily accessible wherever you go. You can hold an international account alongside your existing domestic bank account.

#3]. Taking care of your taxes 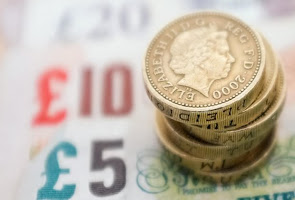 Becoming a resident in one country while still having financial commitments in another can cause complications to your tax status. It is surprisingly common for people to end up paying tax twice for a period of time, once in the UK and once in their new country of residence.

To avoid this problem, the UK has “double tax agreements” with a large number of countries that show which jurisdiction has the taxing rights on a particular profit or source of income.

Double tax agreements exist for many of the most popular places to emigrate to such as Australia, Canada, France, Italy, New Zealand, Spain, and the United States.

However, there are other popular destinations for expatriates that have more complicated tax arrangements with the UK. For example, Antigua, Jersey, and Guernsey are particularly challenging when it comes to investments.

In France and Germany, the tax systems are very comprehensive, but it does mean that navigating the treaty with the UK can be tricky. The United Arab Emirates, along with many other Middle East states, does not impose a personal income tax.

One option is to arrange your liabilities simply so that they are as hassle-free as possible. Contact your bank to ensure they are aware you are not living in the UK, and consult a qualified tax adviser or accountant who is experienced in expatriate tax matters. 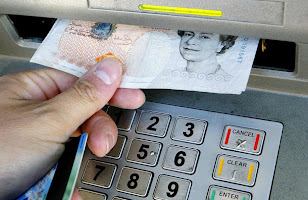 Another thing you should always bear in mind when heading overseas is the effect currency fluctuations will have on your money. For example, a few years ago there were many older expatriates living in Eurozone countries such as Spain and France who were reliant on a relatively small UK pension income.

When the pound weakened dramatically against the euro, by about 30% in a little over a year, many found it difficult to make ends meet.

The pound is currently still at a relative, historic low against the euro and US dollar, but this certainly does not mean it cannot fall further. Conversely, if the pound strengthens it will make transferring money to the UK, to pay your mortgage, for example, more expensive.

Naturally, expatriates can benefit from currency fluctuations too, but the key point is that they present a risk to your spending power. This risk can be reduced by shifting your money, into the currency that you are most likely to need it in for the long term.

SEE ALSO: Cheapest Ways to Send Money Across the Globe

If you know you will be moving back to the UK in a year’s time, it might be advisable to leave a good chunk of it in sterling. If you plan to move to another country permanently and have paid off all your sterling liabilities, then consider moving your money in its entirety into your new local currency.

Of course, this approach only reduces currency risk. It does not necessarily mean that you will end up better off as people can benefit from currency fluctuations too. 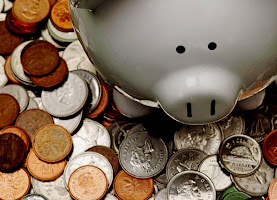 The benefits of using the latter are that you can conduct your banking relationship in English no matter where you are and you might feel your money is more secure with an international bank if there are particular problems with the economy of your country of residence.

One of the many reasons people move overseas is for the job prospects, and it is often the case that expatriates amass wealth faster than those living back in the UK. If you have moved overseas, you may want to grow any newfound wealth with investments as well.

The good news is that there is a greater range of investment opportunities internationally than in the UK. Investing offshore when you move abroad means that you can choose a bank that conducts its business in English, avoiding any language barriers you might face with an overseas provider.

If investing offshore, your investment approach should be no different from that of a UK-based investor, meaning your portfolio should reflect your risk appetite and be well-diversified.

However, as taking out any investments will bring tax liabilities you should always take investment advice from a financial adviser who specializes in expatriate investments.

4 Clever Ways To Easily Get Out of Debt